She is a contributing writer for Notes from Poland and a writer for Culture.pl. She also writes the monthly V Square newsletter.

In her freelance work, she has been published in The Sunday Times, The New Statesman’s CityMetric, The Independent, Euronews (Living), World Politics Review, Ozy, The European Literature Network, Politics.co.uk, OneZero, Glimmer by Glitch, Hromadske, New Eastern Europe, Fashionista, The Calvert Journal, Xtra Magazine, CultureTrip and Global Comment, among others.


She has also contributed to the BBC World Service, and been interviewed for Australia's 'Nightlife' programme on ABC Radio. She has also lectured at the Polish Heritage Society of the UK, the College of Europe in Natolin, Ognisko Polskie and the Polish Society in Cambridge.

She has just finished her final year at the University of Cambridge, receiving a first-class degree, including a first for her dissertation on Polish characters in English literature across the 19th and early 20th Century. She is now in London, studying a two-year MRes in East European Studies at UCL SSEES. 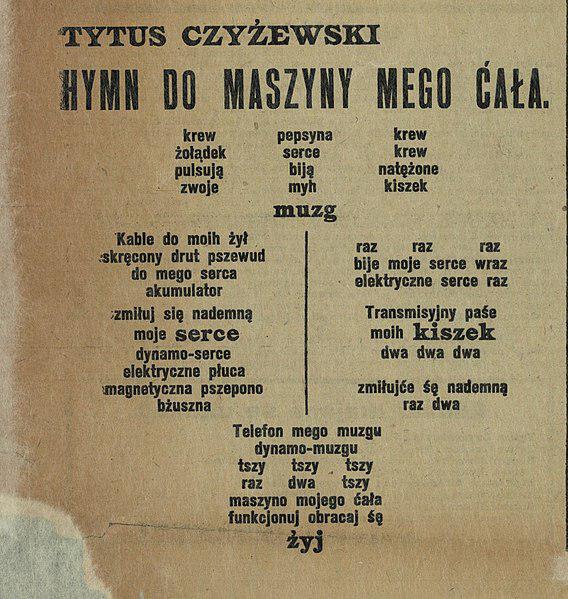 EXHIBIT CONTRIBUTION: A Hymn to the Machine of my Body

Telephones are certainly not the only symbol of modern life to feature in Tytus Czyżewski’s futurist poem/electro-anatomical diagram ‘Hymn do maszyny mego ciała’ [‘A Hymn to the Machine of My Body’]—but the reference to telephone equipment in the last stanza symbolises the new-found relationship between machine and body in the modern world. 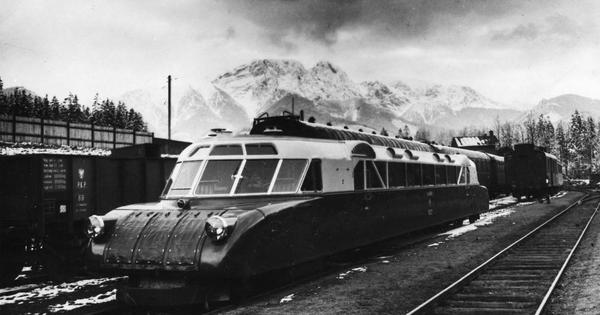 Full Steam Ahead: The Trains of Interwar Poland

From Luxtorpedas to a poem by Julian Tuwim, from Polish film success to the Narty-Dancing-Brydż, trains were a huge part of Poland’s Interwar period. Glitzy, speedy (in some cases even more so than today’s trains), and fuelled by the progress of newly independent Poland, they became a symbol of the era. 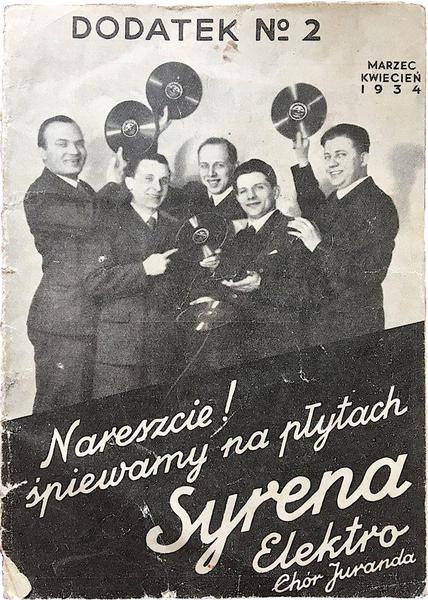 INTERVIEW: Falling in Love Again with the Haunting Sounds of Interwar Polish Tango

Have you ever woken up on the couch in the middle of the night to find yourself staring at a black-and-white movie from the 1930s flickering on the TV? If so, your slumber may have been gently stirred by the film’s melancholy soundtrack. 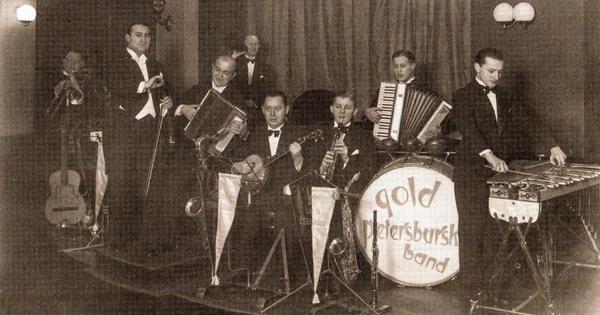 From Last Sunday to Last Shabbos

Recognisable from the very first notes of those mournful, dark strings, the Polish interwar hit To Ostatnia Niedziela (The Last Sunday) is now seen as emblematic of the entire heyday of Polish tango. The bleak music unfolds into devastation, desperation, all wrapped in nostalgia – so similar to many Polish tangos produced at the time. 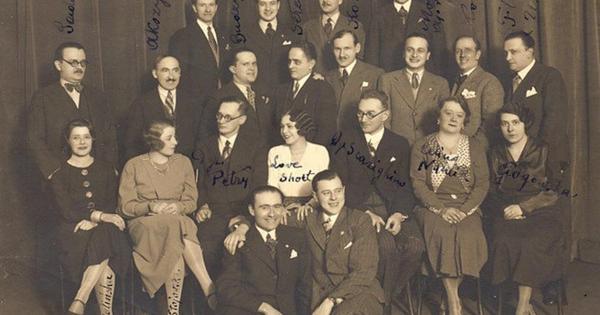 Interwar Polish music has many unique qualities – but few are as telling as its linguistic and structural diversity. Reflecting not only the array of influences from the multi-ethnic Polish state, but also the ceaseless virtuosity of Interwar Poland’s artistic sons and daughters, the music of the era was designed to appeal to all. And this proved true, even if it meant indulging in some surprising trends and fashions… 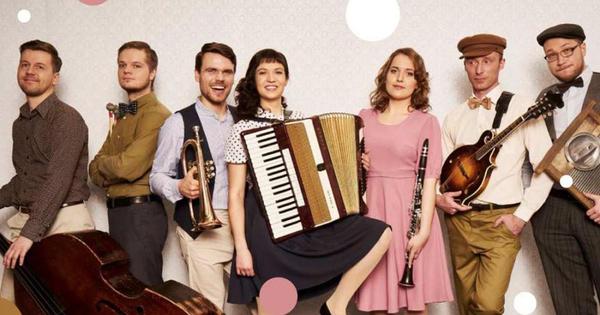 The centenary of Poland’s regained independence might have already passed, but a revival of interwar culture, particularly music, is still on the up. In recent years, an increasing number of bands have sought to re-popularise the classic and the forgotten Polish hits of the 1920s and 1930s. Culture.pl picks out the best of many modern-day artists who are breaking into the Polish vintage music scene. 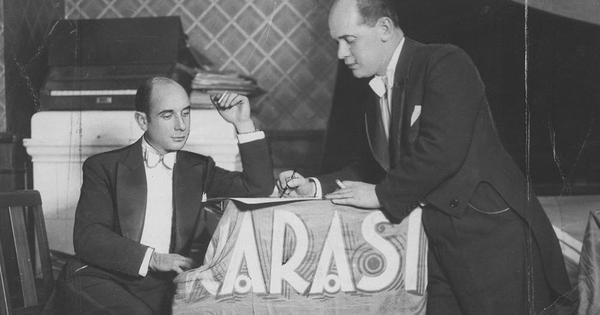 The Early Days of Polish Jazz

As new, modern styles began to take hold in Interwar Poland, so too did jazz, which began to infect the most famous dance floors and inspire the leading musicians of the age. At first, jazz was played in jam sessions, where musicians practiced new musical styles for pleasure – and to feed into the growing demand for popular music. However, it slowly began to take on a more organised and professional feel. 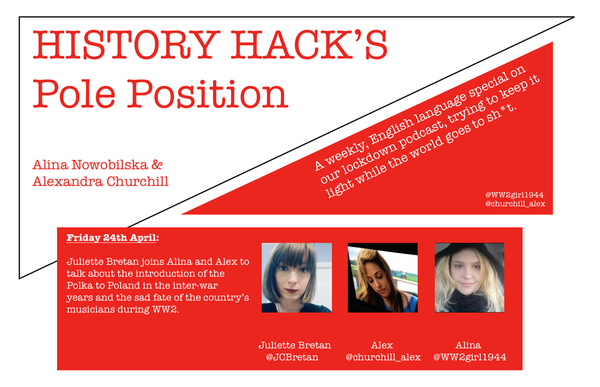 Alina tries her best to get away from WW2 and fails, but the result is a deeply interesting look at music, dance and culture in Poland in the inter-war period with Juliette Bretan, who tells us how a generation of music was cut short by the Nazis. 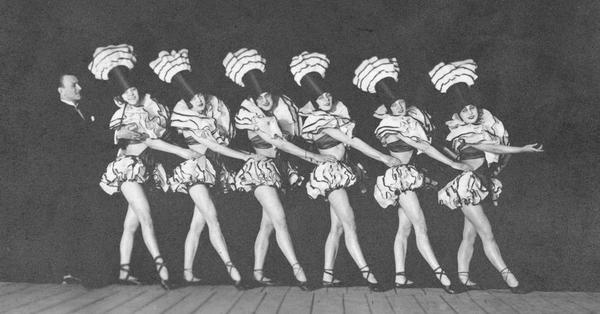 In the latest Notes from Poland podcast, our editor-at-large Stanley Bill talks to contributing writer Juliette Bretan, who is an expert on Polish popular culture of the 1920s and 1930s. 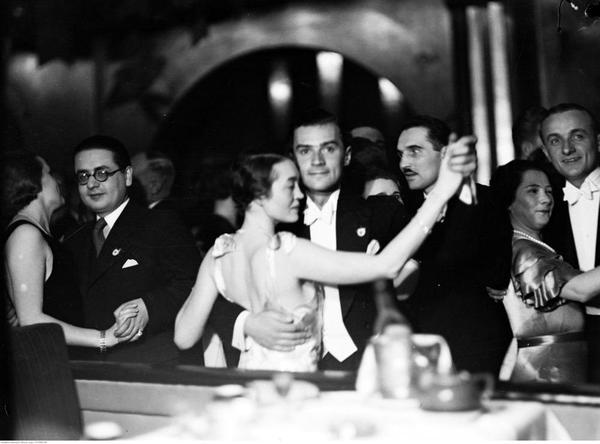 A new album of interwar Jewish music, “Hebrew Polish Tango”, premiered at Warsaw’s POLIN Museum of the History of Polish Jews on Saturday. The album, curated by two scholars, Tomasz Jankowski and Katarzyna Zimek, is the result of several years of research into interwar Polish-Jewish tango, with the songs digitally restored from a private collection. It features both well-known and long-forgotten hits, with recordings in Hebrew alongside versions in Polish. 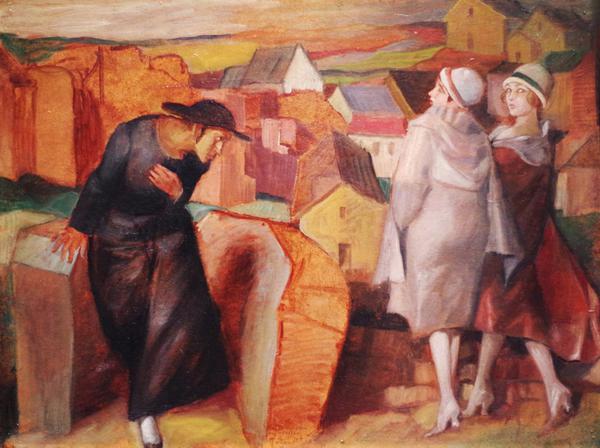 Bruno Schulz might have been an enigmatic writer – his works magical and fantastical – but he remained a son of Drohobycz through and through. Much has already been written about the way his stories are woven almost irrevocably into the fabric of his hometown and wider region. 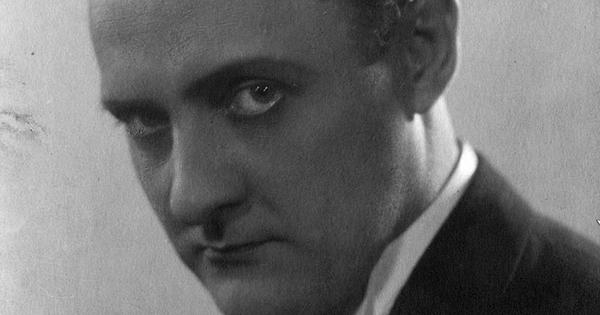 A popular and charismatic interwar singer, actor, and director dubbed the Polish Al Jolson for his entertaining renditions of many of the hits of the age, including urban classics, sophisticated tangos, and boisterous foxtrots. 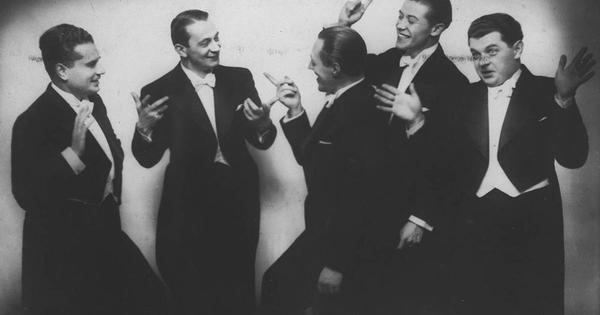 Historically, choirs in Poland had been a traditional and religious affair, with musical prowess held back by the Partitions. But there’s another side to the story. Culture.pl looks at one of the finest and most successful examples of Polish choral history: the prolific work of revellers’ groups in the inter-war period, and how the very first – Chór Dana – achieved a legendary status in Polish musical history. Poland’s initial choral development was certainly haphazard: whilst choral societies 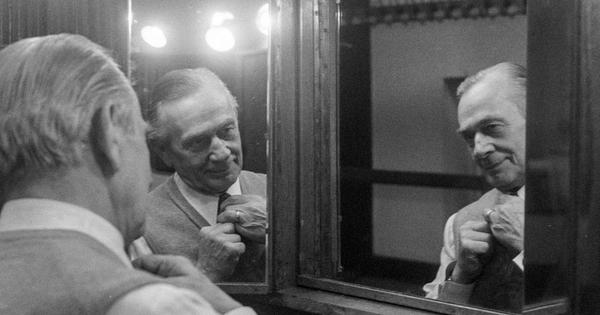 It’s hard to express the enormous impact singer Mieczysław Fogg had on both Polish culture and people's lives. Undeterred, Juliette Bretan takes us on a journey through his decades of touring and singing, even under fire during WWII, explaining why Fogg has such a uniquely special place in Poland’s musical history. 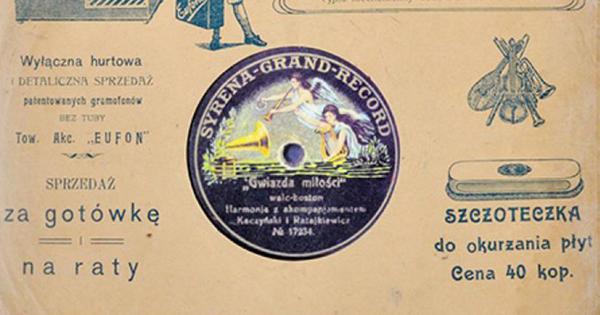 The Post-War Story of Syrena Record

The Glory Days of the Siren of Warsaw: The Post-War Story of Syrena Record From its birth in 1908, Syrena Record had gone on to rapidly earn a place in Polish and international recording history – and all within some six years before WWI pushed Europe into chaos. In the second of two articles on Poland’s first recording company, Juliette Bretan explores what happened next in Syrena’s tumultuous story. 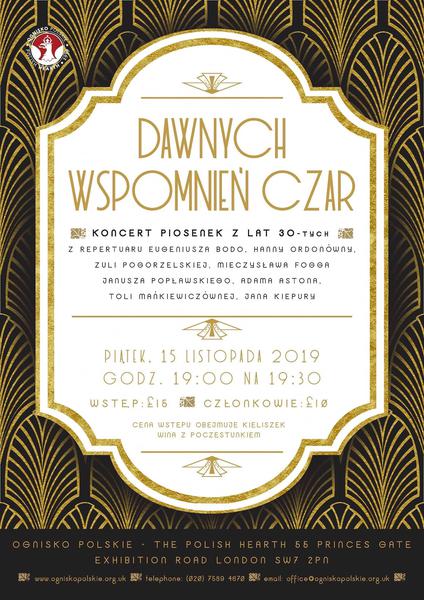 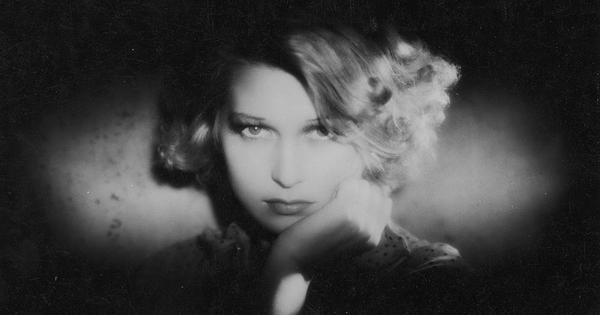 Incognito Ina Benita: The Newly-Revealed Post-War Life of the Actress Thought to Have Died in WWII Over 74 years after Polish Interwar actress Ina Benita was thought to have died in the Warsaw Uprising, new evidence has revealed the famous Interwar starlet actually went on to live a quiet life in the US. The revelation has meant her remaining family today are only now discovering Grandma’s glamorous past – and each other... 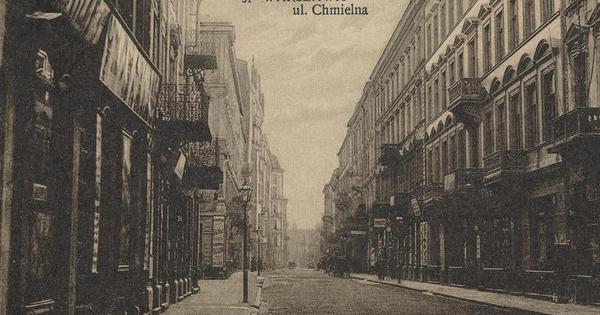 The Pre-War Story of Syrena Record

The Irresistible Siren of Warsaw: The Pre-War Story of Syrena Record Established in 1908 by Juliusz Feigenbaum, Syrena Record – Poland’s first and most charming recording company – was a pillar of the Polish music, culture and entertainment industries in the Interwar years. In the first of two articles, Juliette Bretan explores the role of the company, from its inception during the heyday of Polish modernity to the moment all was nearly lost: WWI. 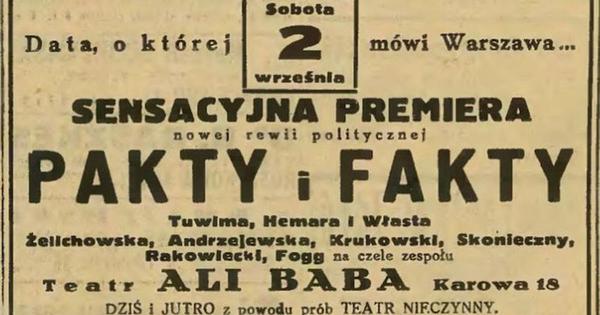 On the evening of 2nd September 1939, and just before the third premiere of the new show Pakty i Fakty (Pacts and Facts) was about to begin at his Ali Baba cabaret, Kazimierz Krukowski was met with the harried theatre secretary Władysław Kieszczyński. It’s not over till the ‘Pakty i Fakty’ sing The birth of the Ali Baba Powerful politics did not interest him at all, and he was never persuaded to write sketches or political monologues. I was even asked why I took the ‘graphic designer’ with me 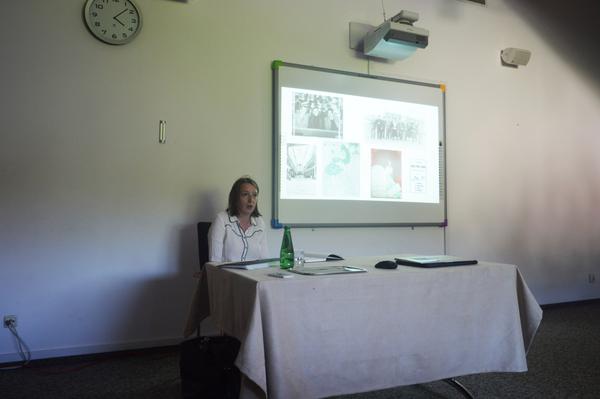 On 28 August 2019, Ms Juliette BRETAN, journalist, blogger and author of the blog Visions of the Vistula, came to the College of Europe in Natolin to visit the campus and meet with Natolin students for a talk entitled "Retro Warsaw and Creating a Successful Blog". The talk was based on the research of Ms BRETAN on the interwar period and the history of tango in Warsaw. The meeting offered Natolin students an alternative view of the city’s landscape and encouraged them to explore Warsaw by thems
Load More Articles
Close ✕